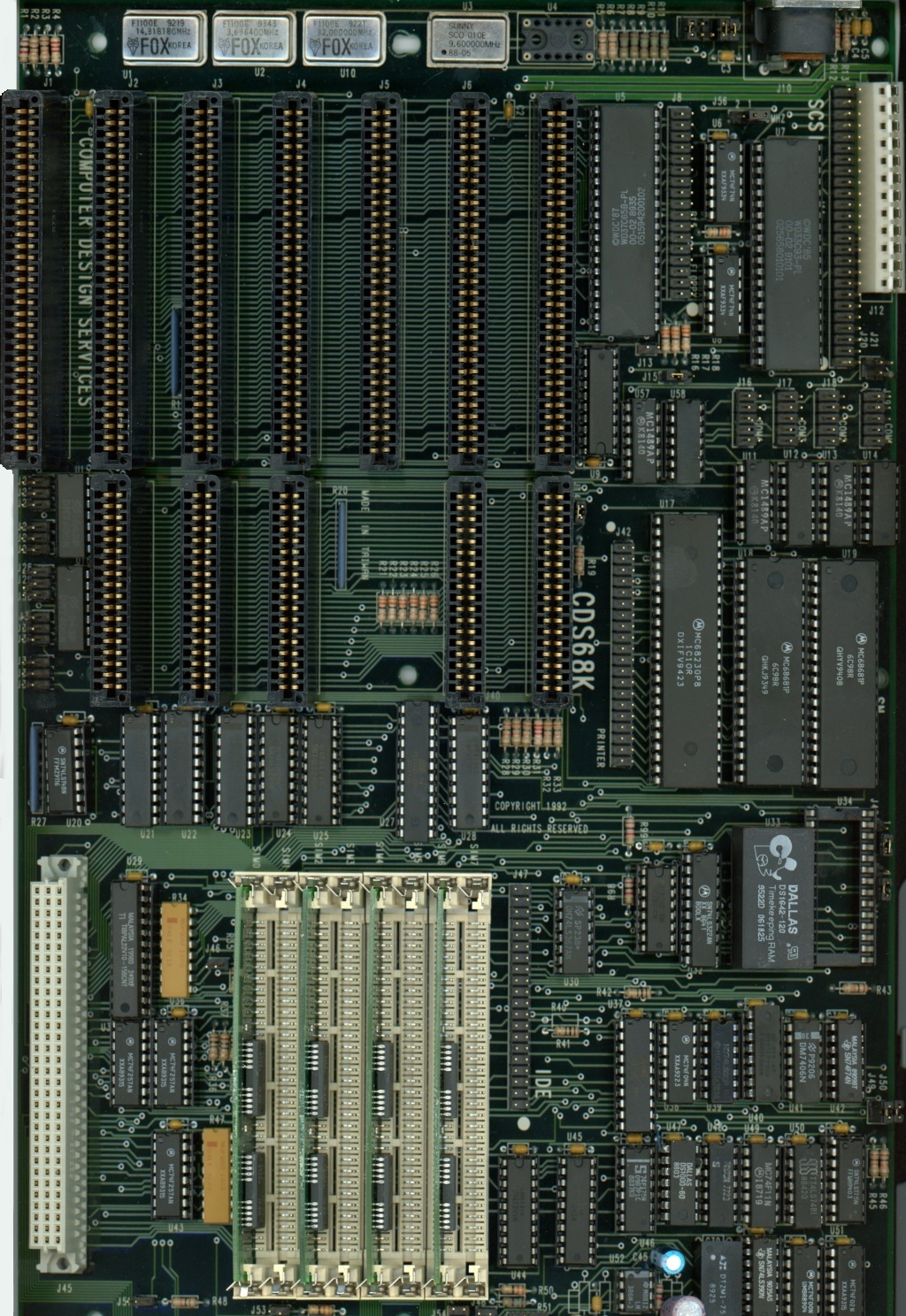 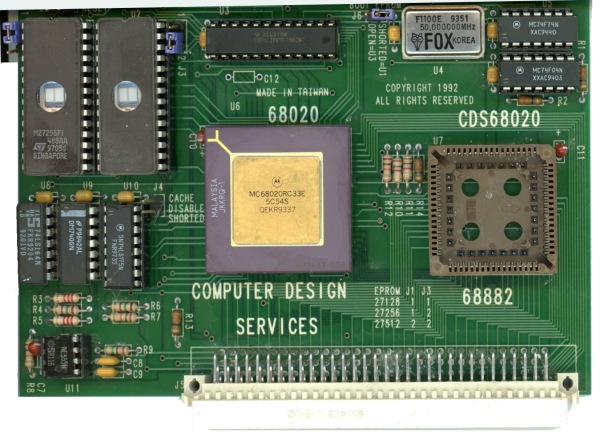 After a 20+ year pause on production, boards are available again in limited quantities. The PAL's that were the biggest problem have been replaced with a still in production GAL.  Other parts while difficult to obtain are available with some effort.

With good floppy drives hard to come by, to say nothing of blank diskettes, an alternative is needed.  A GoTek drive with  Flash Floppy firmware update is capable of reading and writing disk formats as used by SK*DOS, REX and OS9. The GoTek uses USB memory sticks to store images of floppy disks and can hold thousands of disk images on a single USB stick.  The images can be emailed as well as downloaded over the internet.  We supply boot disk images  for the GoTek, so you will need to have at least one GoTek in your system.  GoTek's are available from Amazon for about $30; the Flash floppy firmware is free; an OLED display adds a few dollars but is a necessity so you can see the name of the disk you are selecting.  Otherwise you are selecting the disks by a number and not by the name of the disk image.

As a service we will sell a modified GoTek for those not wanting to modify one.  Updating the firmware voids the warranty of the GoTek, so the ones we provide will have no warranty.

The instructions for flashing the firmware and adding the OLED display can be found here - https://github.com/keirf/FlashFloppy/wiki

You may use a real floppy drive with a GoTek should you have a need to read or write real diskettes.

The PT68K5 supported a VGA card with the TSeng LABS ET4000 chip set.  Not all VGA cards with a ET4000 chip set will work in the PT68K5.  If you purchase an ET4000 video card, ensure it can be returned should it not work in the PT68K5. TSeng LABS ET4000 cards are hard to find; but should you be lucky enough to own/find one, you will still need an XT keyboard.  A converter card is available to allow an AT or PS/2 keyboards to be plugged into the XT keyboard port of the PT68K5.  This card plugs into the J9 connector on the PT68K5.

A new (updated in 2021) OS9 Boot ROM is supplied.  This ROM supports booting OS9 from modern drives and different partitions.  This includes mechanical HD's, SSD, SD memory cards and compact flash memory.  While we suggest 4MB partition sizes, partition size can be up to 8GB. This is possible because IDE drives use 512 byte sector sizes.  Devices that use a 256 byte sector size will support 4GB partition size.  The ROM update also allows booting from a XT IDE controller card.  It is assumed that the XT IDE controller would be connected to an SD to IDE converter card and use SD memory cards. This is intended to provide for an easy and cheap backup of an SSD hard drive on the 16 bit internal IDE port.  SD memory cards are readily available for about $5 for 32GB of storage space and are faster than hard drives of the 90's .  The new hard disk drivers can coexist with the  original drivers should you need to copy data from a old hard drive to a new one.

For the moment REX is bootable on a compact flash 64MB card attached to the main 16 bit IDE port. REX can also be loaded from a GoTek image disk.  There is no reason REX could not work on other disks for someone wanting to tackle this. But for now, REX is available preinstalled and bootable on one brand/size of a compact flash card.  REX really needs to be updated to support LBA mode of modern drives. Of course full source code to the REX operating system is available should some of you wish to tackle this.   REX does not currently support the XT-IDE controller.

Since drives are inexpensive, I don't recommend trying to partition a single drive between OS9 and REX.  It is too easy to make a mistake that will destroy the other.  Since REX can only boot from a hard drive configured as a "Master" on the internal 16 bit IDE port,  you should boot OS9 from the "Slave" drive since OS9 can boot from either the Slave or the Master drive as well as the  XT IDE controller.

Historical information on the CDS68020 and PT68K5

Peripheral Technology launched a new company in 1992 known as Computer Design Services Inc.  Computer Design Services produced a high end line of computers starting with the 68020. Future enhancements were to be a 68030 plug-in processor board followed by a 68040 card and possibly others.  Product design stopped after the 68020 board. Licensing problems with OS9 became a issue.  Microware demanded that a separate license for each processor type sold with  no upgrade path for users who started out with a 68020 and wanted to upgrade to a 68030 and finally to a 68040.  With a $500 cost to replace OS9 each time a processor card was upgraded, the product line became too expensive.  A couple of years later Computer Design Services discontinued operation and the 68020 board was added to Peripheral Technology's line of products.  The board was sold by Peripheral Technology as the PT68K5 for a few years before being discontinued in the late 90's.  Mostly due to falling sales, the PAL chips required were discontinued and the failure of Peripheral Technology's PAL programmer.

Early boards supported 2.88 MB floppy drives.  The floppy controller chip, a SMC37C65+ was discontinued shortly after production of the CDS 68020 began.  A few early boards had the SMC chip, but most shipped with a WD37C65 chip.  The WD37C65 did not support 2.88MB drives. That is why there are references to 2.88MB drives in some of the literature. It was never fully edited out.

Copyright © 1999 Peripheral Technology. All rights reserved.
Information in this document is subject to change without notice.
Other products and companies referred to herein are trademarks or registered trademarks of their respective companies or mark holders.